Who can resist the wildlife vibe of a Komodo trip? Far in the frontier of Indonesia, behind the bushes of Komodo National Park, lies the ferocious Komodo Dragons. The last descendant of Megalania, a gigantic ancient monitor lizard who once lived around four million years ago. The dragons got their endangered status just about 100 years ago—the only species left from their kind. 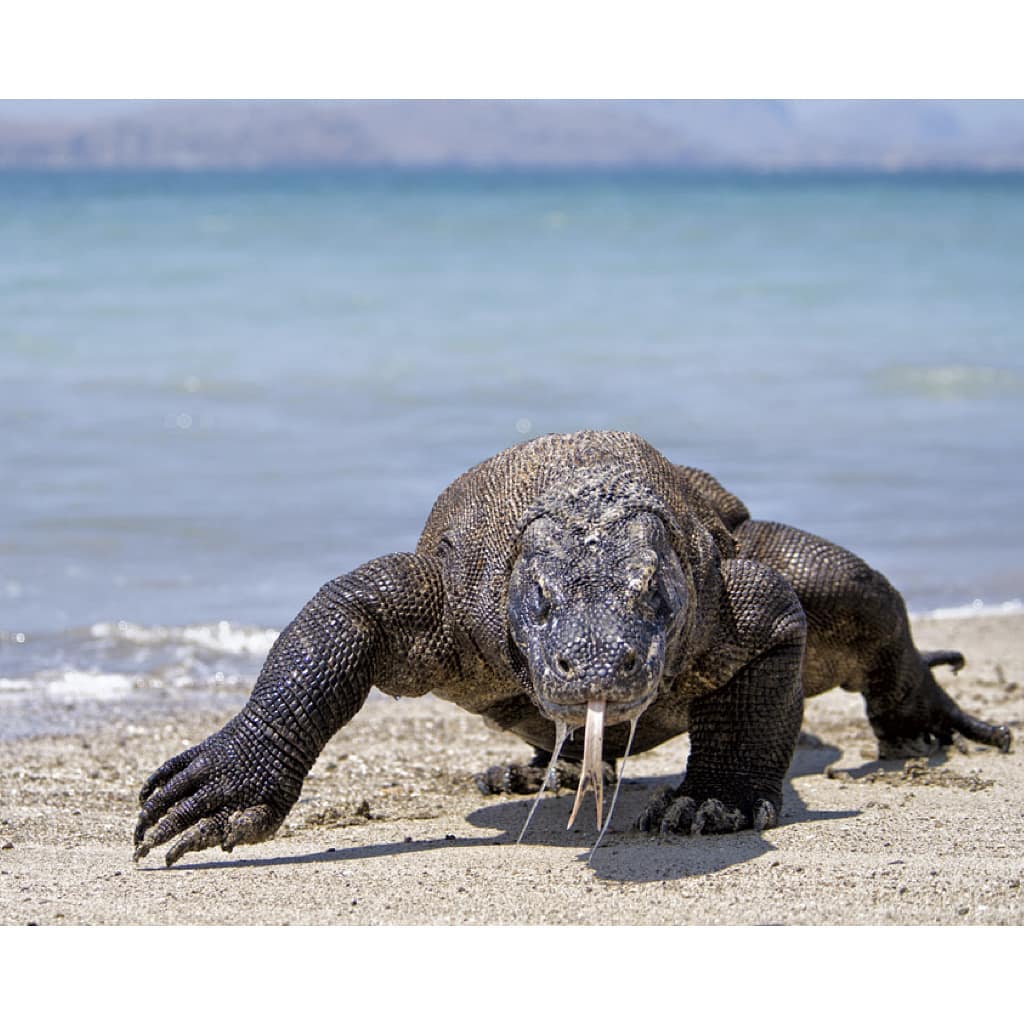 A Komodo Trip to See the Komodo Dragons: Komodo Island vs Rinca

Komodo Island goes as the most popular place without saying. It’s named after the wonderful lizard, after all! The dragons in this island are by no means friendly, but they are very well fed and behave quite good. They usually just laze under the shade of a tree or around rangers’  kitchen, too stuffed with food to move. That’s why the Komodo in Komodo Island are generally bigger and easier to spot on than those in Rinca.

The island itself is quite dry and dusty. There’s a little local settlement—mainly the rangers and their families. Beyond the dragons, there’s practically nothing else to see. However, the Komodo Island has some of the best beach in the area—and that includes the Pink Beach. Walking there right after a trek with the dragon is quite impossible, though. You need to hop on the boat once again to go around the island and dock on the blushing shore.

Rinca is the biggest island in Komodo National Park and the closest one from Labuan Bajo. If you don’t have much time for the excursion, opt for Rinca. Unlike the dry Komodo Island, Rinca blooms with Palm Lontar Trees (Palmyra palm), savannah, and of course, the dragons. The island has several gate and walking trails to see the dragons. Rinca look more friendly and natural than Komodo, with a great scenery to offer along the trek. You can spot female dragons nesting their eggs, the food of dragons (buffalo and deers), and even monkeys.

These giant lizard enjoy the wildlife to the fullest here, but they are also the most ferocious. They are also a little bit smaller with wider jaws than their siblings in Komodo Island. If you are an enthusiast animal lover with plenty of time, it’s worth to visit both on your Komodo trip!