The beach life in Bali gradually turn into a lively night scene as the sun sets on the horizon. Being on of the biggest international coastal destination in Indonesia, Bali never runs out of after dark entertainments. The streets in Seminyak, Kuta, and Canggu are lined up with more bars, pubs, and clubs than you could counts. If you’ve never taste the nightclubs, take a peek to this Bali Indonesia nightlife that we covered. 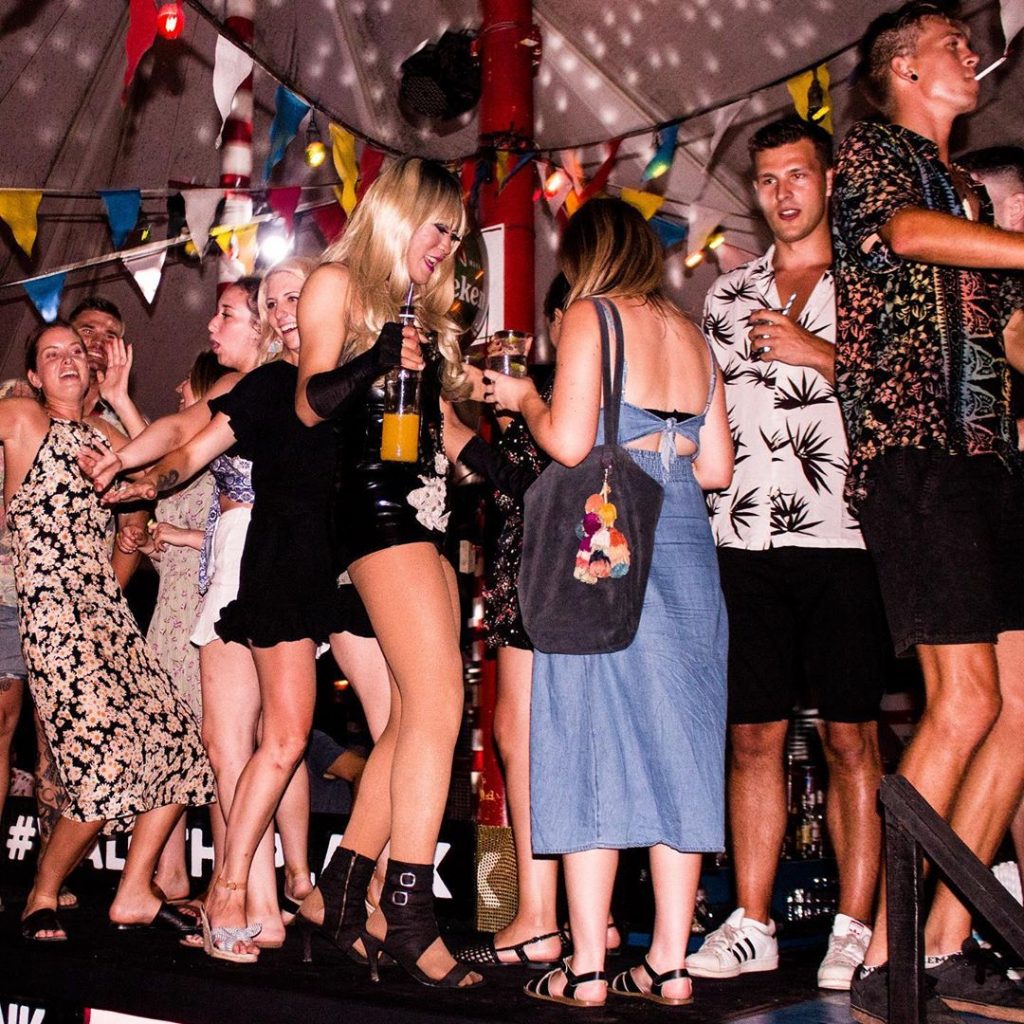 Most Bars and Clubs is Free-Entry

What we like from Bali Indonesia Nightlife, aside from the plentiful options to choose from, is their free entry policies. Even iconic nightclub in the upscale Petingeget like Sea Vu Play, Motel Mexicola, and La Favela don’t require admission fee—which make them perfect for bar hopping as they stands in fairly close proximity.

When It’s Charged, You Got Free Drink

Some older nightclub in downtown Legian do charge you some amount of admission fees that could get you a drink form the house. For someone that don’t really take cocktails seriously, these drinks probably taste kinda nice. But for someone who knows their drinks, they could come rather dodgy. Because you never really know what they put in there—probably cheap arak for the base—but again, you’ll never know.

Seminyak is More Upscale than Kuta and Canggu

It’s a common secret that bars and nightclub establishments in Seminyak tends to be more upscale  than the clubs in downtown Legian or Canggu. Though most bars embrace relaxed style, some famous Bali Indonesia Nightclub in Seminyak like the Potato Head, the Plantation Grill, Mirror, and Ku De Ta enforce casual smart attire and won’t allow singlets and flip flops to enter the area. Same things apply in famous establishment in Kuta like the Sky Garden and Vi Ai Pl (which stands literally next to each other). On other clubs like the Bounty or Paddy’s, you can practically walk in with only bikinis on and would still get accepted!

Being in Indonesia with largely religious community, you might be shocked to find that Bali Indonesia nightlife is more accepting to “all spectrum of the rainbows” than the rest of the country. Seminyak, aside of being all posh and sophisticated, is also known as the pioneer region to have gay bars open on the area. Amongst the iconic one are Bali Joe and Maxwell, which stands literally next to another in Jalan Cemplung Tanduk, and Sea Vu Play in Petingenget area.

Are you ready to begin your wildest nightlife adventure in Bali?