Japanese lunch boxes, commonly referred to as bento, are of huge varieties and are almost always presented beautifully.

You won’t lack options when you’re aiming for these super convenient lunch boxes, even when you’re on a tight budget. Aside from the supermarket and the convenience store (conbini), you can also find establishments specializing in bento. 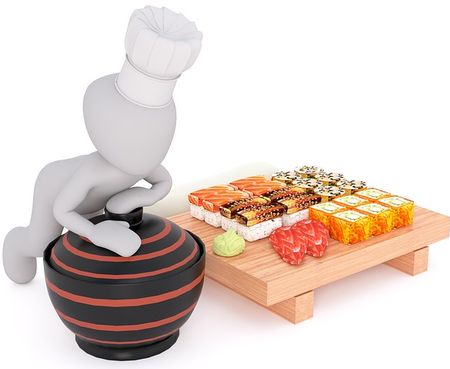 Take note that bentos can easily go over the 500 Yen mark depending on how fancy the bento itself, or the stores/establishment from where you get your bento from.

At conbinis, the FamilyMart and Lawson have more bento varieties compared to 7-Eleven.

But it also depends on the stores themselves; so make sure to surf the area where you’re staying first and foremost for the convenience stores and supermarkets you can find, and take notice of their fresh produce and deli section.

Bentos sold at conbinis tend to be more expensive compared to the ones sold at supermarkets, but they do have the advantage of being able to re-heat your bento on the counter right away.

Some supermarkets have this option too. And since bentos can be found anywhere, you can also find them easily at stations, also known at ekiben (eki = station).

Do avoid buying bentos at the stations if budget is your top concern, as they are sold for people who particularly don’t have time to make their own or make a trip to the supermarket, so they are naturally more expensive. If you want fancy bento lunches though, bentos sold at the stations might just be for you to check out.

Supermarkets offer you discounts nearing closing time. Those located inside a department store (Seibu, for example) often close early at 8 to 9 pm, while supermarkets on its own building tend to close at a later time, at 11pm to 12 am.

In the hour or so leading to closing time is when ready made and fresh produce receive gradual discounts. Take notes of the sticker with the kanji 半額 (read: hangaku) or 50% 引き. Stickers with the characters 引き, for example, 100 引き, means it gets a 100 Yen discount, as the kanji on the tag indicates how much is being discounted.

If you’re an extraordinary cheapo, get one or two more bentos that you can store in the fridge to eat as breakfast and lunch the next day.

Vegetable bento or sashimi bento are great options for this. Don’t store rice or sushi bento in the fridge because obviously the rice will harden and it won’t be pleasant to eat anymore.

Don’t be shy to always re-check when you’re in your first ever supermarket discount haul. Some people are actually loitering around the aisle waiting for the sticker to appear, and even wait for an even bigger discount to get plastered.